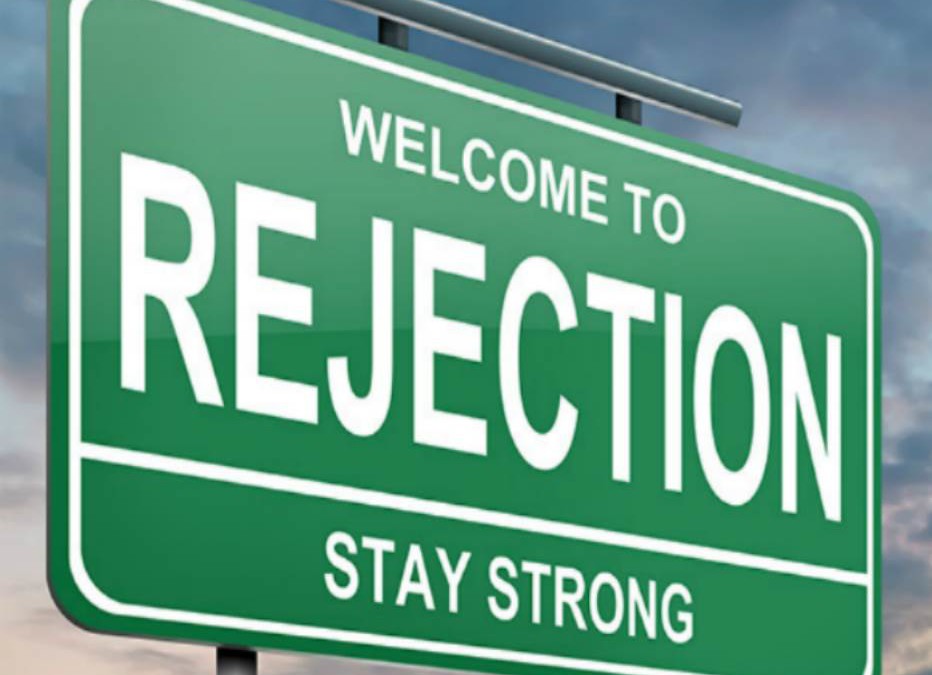 I have spent most of this week following up leads for potential talks and Masterclasses which is very important in building any business. I have had some positive responses and some negative, but I know that not every contact I make will result in business in fact the majority will not.

This is the fact of life in any business – we are all working hard to generate business and there are many companies competing for the same business and some you win some you lose. The key thing is not to get disheartened when you receive a rejection it is not personal just part of business life.

Rejection means you are getting closer to success

I was once told that receiving a ‘No’ is one step closer towards a ‘Yes’ and to enjoy receiving the negative response because the yes was getting closer. I was also told that ‘No’ often means ‘Not now’ and if you stay patient and keep in touch that ‘No’ can become a ‘Yes’ in the future.

A recent example of this is I was approached to speak at a 5-year anniversary conference of an organisation in the East Midlands, so I supplied them with my details and fee for the keynote talk. Yesterday I receive an email telling me that they have decided to go with a speaker who specialises in a different area to me, but they also said the following:

“Everyone is very interested in both your story and your speaking skills, so we’ll definitely bear you in mind for future events.”

This is a classic example of ‘Not yet’ – there is a possibility that this organisation will come back to me in the next couple of years when they require an Inspirational talk on Mental Resilience which will really engage and educate their audience.

How did I react to this news? Well initially I was disappointed for a few minutes which is natural as this was a high-profile event but within minutes I had re-framed this and I focused on the second half of the email letting me know how impressed they were with my story and speaking skills.

It’s not what happens but how you respond which counts.

The more positive you are the better things work out in life. Out of interest I checked my Linkedin messages this morning just one day after receiving the negative response and I read a message from someone I have been keeping in touch with for a while now asking me for my fee for their conference in October.

I came across this article recently which made me think:

“Always try to be open to constructive criticism, but don’t personalise rejection. Don’t allow your opinion of yourself to be coloured by the opinion of those who fail to see your best qualities and potential.

Successful people all have one thing in common: they had to overcome rejection. In 1902 an aspiring young writer received a rejection letter from the poetry editor of The Atlantic Monthly.

Enclosed with a sheaf of poems the twenty-eight-year-old poet had sent them was this curt note: ‘Our magazine has no room for your vigorous verse.’ Yet he became one of the most beloved and popular American poets of all time. Who was he? Robert Frost.

In 1907, the University of Bern turned down a PhD dissertation from a young physics student. Yet that student went on to change the scientific world forever. Who was he? Albert Einstein.

When a sixteen-year-old student got his report card from his rhetoric teacher in school, there was a note attached that read: ‘A conspicuous lack of success.’ But he refused to accept it. Who was he? Winston Churchill.”

They all faced rejection but succeeded

All these people and many more faced rejections after rejections before they finally made it – so whatever you are doing in life make it your goal to accept rejection as part of the journey and believe that you will make it in the end.

1. How do you handle rejection?
2. Make it your goal to get over rejection very quickly and move on.
3. Embrace rejection and know that success is on the way.
4. Rejection is part of the journey and makes the final success much sweeter.

June 11, 2022
Read More »
PrevPreviousIt’s All About Perspective
NextYou Are Being ObservedNext