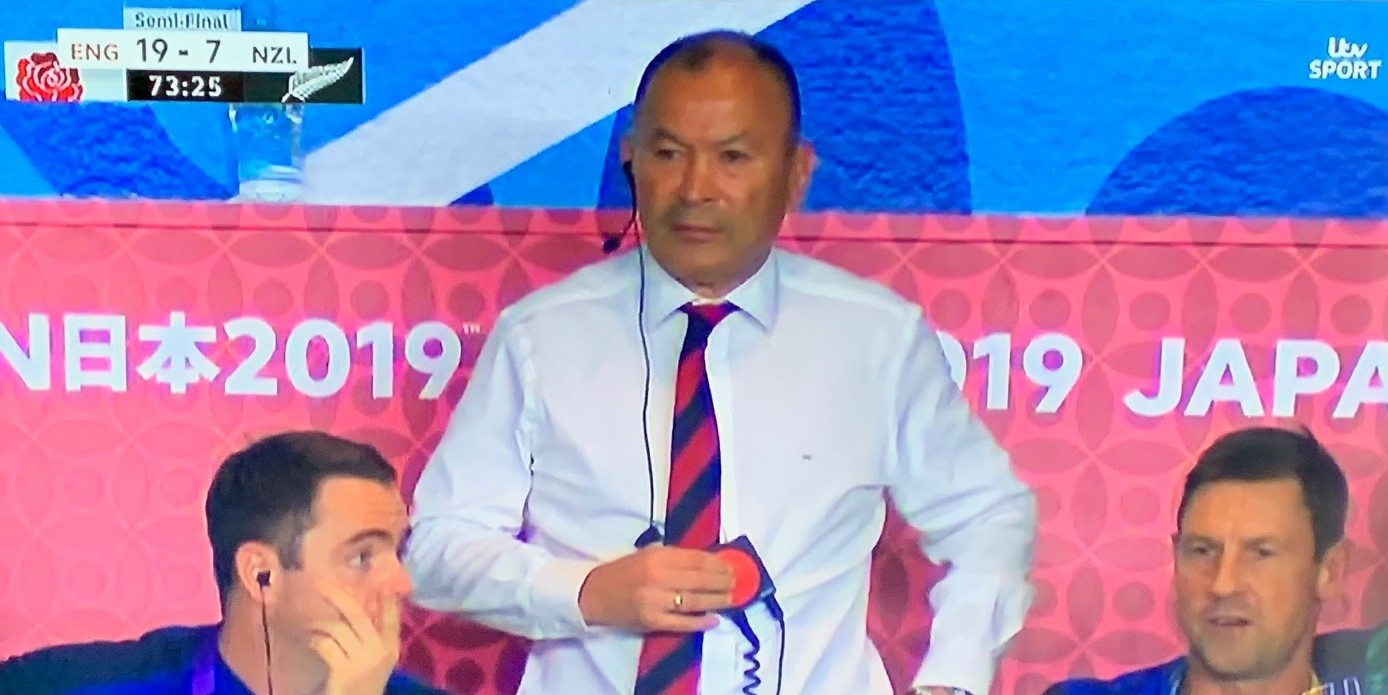 What an amazing game of Rugby I have just witnessed. The words and phrases which come to mind are Stunning, Amazing, Belief, Resilience and It’s our time!

‘It’s Our Time’ was the headline in one of today’s newspapers and this sums up why England beat the All Blacks for the first time ever in a World Cup. New Zealand haven’t lost a world cup match in 12 years.

They were going for a third world title in a row and were the favourites to win this morning. The difference in my opinion was one man, not one of the players but the manager Eddie Jones.

Believe it and you can achieve it

Jones instilled a belief in the team that was so strong that they saw the victory before they experienced it. They visualised beating New Zealand and all the talk before the match was that they were ready to beat the favourites.

This is an excerpt from the newspaper:

‘This is as tough as it gets for England in a World Cup semi-final against the best team on the planet – but all roads have led here since Eddie Jones grabbed the steering wheel.

For four years he has built and developed a team capable not only of challenging New Zealand but, he believes, posing sufficient threat to beat them.

Across 48 internationals Eddie has tried and tested combinations, theories and temperaments, pushed back the boundaries of what is possible from the players at his disposal.

It has brought the Red Roses to where they are now, in Yokohama today, in front of a 72,000 crowd with an opportunity to in his own words ‘Change History’

One of the heroes of this game was Maro Itoje. He was awesome today as were the whole team but in this same newspaper he made some comments which demonstrated the mindset which resulted in one of the biggest upsets in history.

“This is going to be a good weekend for us” he said with an air of certainty. England are underdogs against a nation last beaten in the tournament in 2007 and chasing a third World Cup.

But neither that nor England’s failure to ever win a World Cup tie against the All Blacks, bothers Itoje. “The feeling I get as a member of this squad is that we are coming together at just the right time.”

“I look at the quality or our team, our coaching, our support staff and it give me immense confidence. I respect what New Zealand have done, but I don’t see them as a team that is going to beat us,” said Itoje. “I believe that if we play our best rugby we will win.”

You can see how important the mindset is in situations like this. Eddie Jones made a comment that even New Zealand bleed and all this positive talk started to sow seeds of doubt into the minds of the All Blacks.

The mind is a very powerful thing and Eddie Jones planning for 4 years together with his belief that this was their time led to this amazing result which has sent shockwaves across the world.

This wasn’t a lucky win; England dominated the game in every department and if they hadn’t made a silly mistake in a line out which led to a try New Zealand wouldn’t have scored a single point!