It Could Have Been Disastrous! 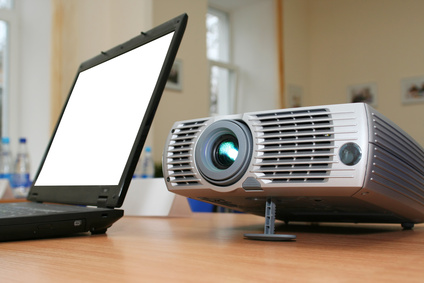 It’s been a busy week spending much of it near Luton running some Mental Resilience Masterclasses which went well. However, it could have been a disaster if I hadn’t gone with a gut feeling I had about a VGA lead which needed replacing.

The previous week I had been in the Isle of Wight to run my Masterclass and when I set up my projector and laptop the screen was really dim and I couldn’t work out why. Then it transpired that is was the connection lead between my projector and laptop. Luckily for me the client had a spare one so I borrowed that and had a great day.

I had a gut feeling about this.

I handed the lead back to the client and made a note to buy one for myself. It is very rare that I need to use my own projector as the clients always have their own. However, I had a nagging feeling that I should buy one. I was leaving the following day for Luton and it was too late for Amazon.

It was a very busy day and I was struggling to fit everything I needed to do into the day. The nearest PC World store was 30 mins away which would mean a 90 min round trip and I didn’t have that time available, so I Googled computer shops and eventually found one. Fortunately, they had one lead left which I bought.

When I got to the client and checked their state of the art equipment they couldn’t get it to work even when their IT expert came. With 20 minutes to go before the start of my Masterclass I decided to set my own system up and was ready to go 10 mins before the scheduled start.

If I hadn’t followed my gut feeling it would have been a disaster and you won’t be surprised to know that I now have two of everything including two VGA leads. I believe that up to 80% of your gut instinct is correct and if you over think things you lose that initial correct feeling.

He is now famous but it was a tough journey

I came across this story of Steven King the famous author who struggled in his early days but through persistence and Mental Resilience finally broke through to great success.

“King was broke and struggling when he was first trying to write. He lived in a trailer with his wife—also a writer—and they both worked multiple jobs to support their family while pursuing their craft. They were so poor they had to borrow clothes for their wedding and got rid of the telephone because it was too expensive.

King received so many rejection letters for his works that he developed a system for collecting them. In his book On Writing, he recalls: “By the time I was 14…the nail in my wall would no longer support the weight of the rejection slips impaled upon it. I replaced the nail with a spike and kept on writing.”

He received 60 rejection letters but never gave up

He received 60 rejections before selling his first short story, “The Glass Floor,” for $35. Even his now best-selling book, Carrie, wasn’t a hit at first. After dozens of rejections, he finally sold it for a meagre advance to Doubleday Publishing, where the hardback sold only 13,000 copies—not great.

1. How do you deal with rejection?
2. Do you fight on or do you give up?
3. Virtually every success comes after a series of rejections.
4. When you are hit with rejection dust yourself off and fight back.
5. There is a story of pain behind every success, but it’s worth it.

Julie and I are off to Washington DC tomorrow where I am speaking to a large organisation on the 4th, so a bit of work and a bit of leisure. We are back on the 12th October but I will still be sending my next blog from there next Saturday.