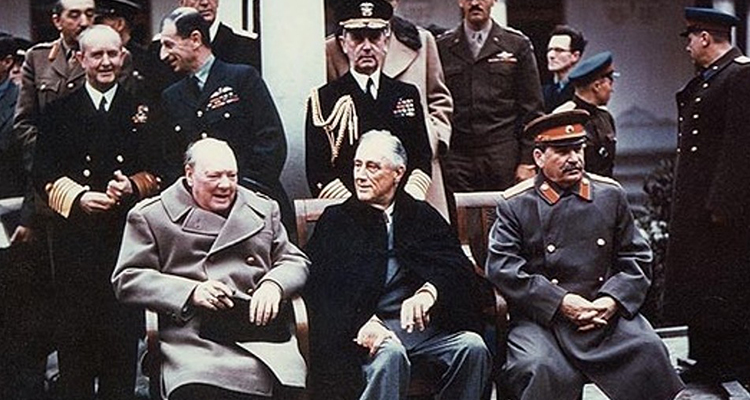 This week I delivered 6 coaching sessions where I was able to help in many different ways and I also enjoyed a meeting with Rolls Royce where we discussed running a Mental Resilience Masterclass for the leadership team of a division of Civil Aerospace.

The meeting with Rolls Royce went well and later in the week I received confirmation that they are going ahead with the Masterclass in June which is very exciting. It is so good to have a product which is being so well received and to date I have delivered over 10 Masterclasses to various divisions of Rolls Royce.

I also had a really good discussion with Dennis O’Connor the MD of HPC group in Ireland who has become a really great client, and he is looking at bringing me over to run another Masterclass this time for his admin team. Dennis is also advising me on a few things which I am very grateful for to help me improve my profile.

When Franklin D. Roosevelt woke up on August 10, 1921, with plans to take his wife and three older children out for a sail in New Brunswick, Canada, he had no idea that it would be the last day he would have full use of his legs.

Enjoying some vacation time after running for vice president under James Cox, FDR and his kids sailed the scenic waters near Campobello Island. Afterward, they had a swim in a nearby pond and then he raced the kids back to the cottage. But it was when they returned to the cottage that Roosevelt began to feel odd, feverish and more tired than usual.

He decided to skip dinner and go right to bed. “And he never walked without help again,” says Biographer Geoffrey C. Ward. When he woke the next morning, he couldn’t move his left leg, and then his right leg gave way. “I tried to persuade myself that the trouble with my leg was muscular,” Roosevelt wrote later, “that it would disappear as I used it.

But presently it refused to work. And then the other.” Two days later, he lost the use of all his muscles from the chest down. He also had a high fever and pain in his neck and back.
At 39 years old and with a promising political career ahead of him, Roosevelt was diagnosed with polio (poliomyelitis), a common disease at the time which can leave some muscles paralyzed, as was the case for FDR.

He didn’t give up

Acknowledging that he was permanently paralyzed did not dissuade Roosevelt from continuing to pursue his political career, which was remarkable for his time. At this time in history, Americans had a poor image of people with physical limitations—they tended to equate outward disabilities with impaired mental capabilities.

The disabled were usually isolated and had trouble finding jobs, let alone high political posts. Despite his now weakened image and the immense obstacle of his physical disability, Roosevelt decided to run for governor of New York.

To maintain an image of strength and vitality, Roosevelt attempted to conceal his physical limitations. Using braces, canes, and holding on to podiums, he stood for all his speeches. Since wheelchairs at the time were big and unmanageable.

FDR built his own mobile chair by adding wheels to a small desk chair. This homemade device had a more familiar look and carried less of the stigma of a traditional wheelchair. He also devised a way in which he could appear to “walk” to the podiums by using a cane and holding an advisor’s arm for balance.

He would then swing his legs and hips forward, as if on parallel bars. Once in the White House, he ordered the press not to photograph him with crutches, getting in or out of the car or being pushed in the wheelchair.

It strengthened his resolve

But the fact is FDR’s disability only strengthened his determination and resolve. He was perhaps a better president as a result of his condition, as it taught him perseverance and gave him a sense of compassion and acceptance for those less fortunate.

And today, FDR serves as an inspiration for anyone with a physical disability to overcome. The only president to serve more than two terms, he saw the country through the Great Depression and World War II. He also developed the New Deal and established Social Security. His lack of mobility never hindered his ability to serve as president.

In January of 2001, through the efforts of the National Organization on Disability and other advocates, a new statue became part of the FDR memorial in Washington, DC. In the original sculpture, his wheelchair is concealed by his cloak.

The new statue features this quote from Eleanor Roosevelt: “Franklin’s illness . . . gave him strength and courage he had not had before. He had to think out the fundamentals of living and learn the greatest of all lessons—infinite patience and never-ending persistence.”

Despite his many presidential accomplishments, perhaps this was one of his greatest legacies.

A true example of persistence

Wow it always inspires me to read the stories of people who have overcome great challenges in their lives. Franklin could have just given up on his dream to be president, but he didn’t. He believed he could and was steadfast in that belief.

1. What challenges and difficulties are you facing today?
2. Do you believe that you can overcome them?
3. If you don’t believe you can then you are defeated before you start.
4. Today pick one of your challenges and work on your belief system regarding that.
5. If you think you can or think you can’t you are right – Henry Ford

Well that’s it for this week have a great weekend and stay positive.

June 19, 2022
Read More »
PrevPreviousYou Only Grow When You Are Under Pressure
NextSorry for this early blog!!Next