The Birth of a Superstar!! 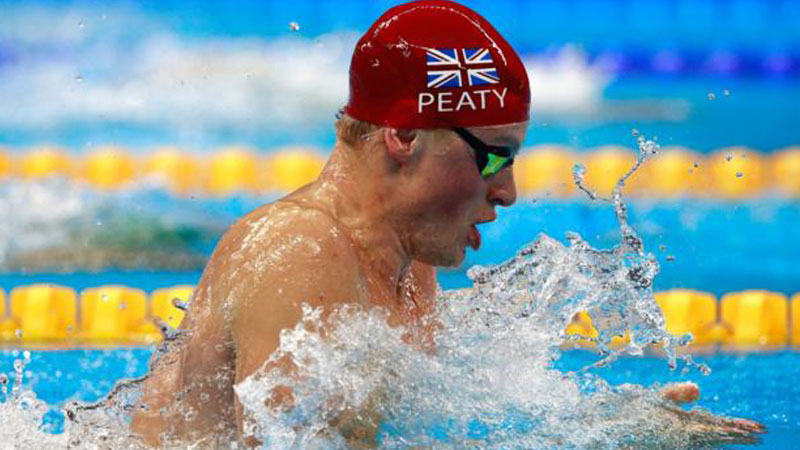 The Birth of a Superstar!!

The above was the headline form a national newspaper on Tuesday 9th August about someone I had never heard of before. The name of this superstar is Adam Peaty and he had just won the gold medal in the 100m breaststroke final in the Rio Olympics. He also broke his own world record in the process!

I read the article with great interest as I was intrigued by the fact that I had never heard of this swimmer yet here he was an Olympic Gold medal winner and world record holder! I knew without doubt that there was a story of sacrifice, hard work and mental resilience and this proved to be the case as I read the article.

He is the first British male to win Olympic Gold for 28 years following on from the great Adrian Moorehouse and Duncan Goodhew. As he touched to win in 57.13 seconds he knew that this was the start of something special and as long as he stays healthy and continues to apply the same Mental Resilience to his training, then there is now reason why he can’t rule the sport for many years to come.

It was interesting to read his words in the article as he told of the sacrifices he had made to make this dream come true. The following is taken from the newspaper: “Aged 15 I hated racing finals because I was so nervous. As I matured, I developed and fought every time,” he said. A year later he dipped below the 60-second barrier for the first time. “I knew that I was fast, so I thought to myself, ‘Let’s see what the world can do and what I can do, “said Peaty.

I love the phrase he used “Let’s see what the world can do and what I can do.” He was basically saying let’s take on the world and see where we end up. In that moment he decided to try to become the best in the world and nothing else would be good enough. By setting this very high goal he couldn’t afford to rest while other swimmers across the world were practicing.

This attitude served him well and he spent the next 5 years working so hard, sacrificing many things, including his fun time in order to achieve this dream. His coach Mel Marshall was key in this success, as she spent thousands of hours with him, encouraging and pushing him. Marshall paid tribute to Peaty’s warrior like attitude in those 5 years, having sacrificed a social life of any sort since watching London 2012.

His coach admires him

Wow right here is the reason he is the Olympic Champion AND World record holder. It’s a combination of his Mental Resilience and work ethic – put those two together and you have an awesome combination. It reminds me very much of what I went through as I pushed myself to play for the England basketball team and eventually professionally.

I used the same Mental Resilience

I remember as I sat watching TV a thought would come into my mind that the other players who were also trying to reach England level would be training Right Now! This made me jump up and get out into the garden to shoot hoops until it was too dark to carry on. This was the spirit which got me to the top and is also the spirit which I am now using to build my Mental Resilience business.

At the age of 63 many people would be thinking about retirement and this is great but I am built differently, and I want to have a reason to get up each morning with passion and purpose. I have this right now and I want it in 10 and 15 years’ time. I want to be speaking on stage at the age of 80 and maybe beyond.

Your thoughts control you

The mind is an amazing thing and your thoughts have a big impact on how you feel and how you grow old. I am growing old very slowly and have the mind and attitude of a 40 year old which is helping me as I travel the world growing my business.

Bill Furniss, British Swimming’s head coach had a big impact on Peaty with something he told him. “Bill said something to me really vital before the race which was to ‘Burn the Boats’. I had never heard it before but it was for me to attack. When you are facing the opposition you have no choice to retreat and it really helped me to come on.”

Burning the boats comes from the Vikings who would land on foreign soil then the captain would order the boats to be burned so that there was no plan B – they had to stay, and this changed everything as their very lives were at stake!

The final words were from coach Marshall in the article. ‘It was left for Marshall to explain how Peaty had delivered in such thrilling circumstances. “His mindset and that he works harder than anyone else,” she said and he has got a damn good coach.”

3 thoughts for this week

1. Mental Resilience and good work ethic is a potent combination – how do you measure up?
2. Our Inner Chimp is very lazy and wants to do the easy stuff first and the hard stuff later. Our Inner Human wants to do the tough stuff first then the easy stuff later. Which one is winning in your life?
3. How much are you prepared to sacrifice to achieve the dreams you have?

Well that’s it for this week and until next time I hope you have a wonderful weekend.