The Fear of Failure 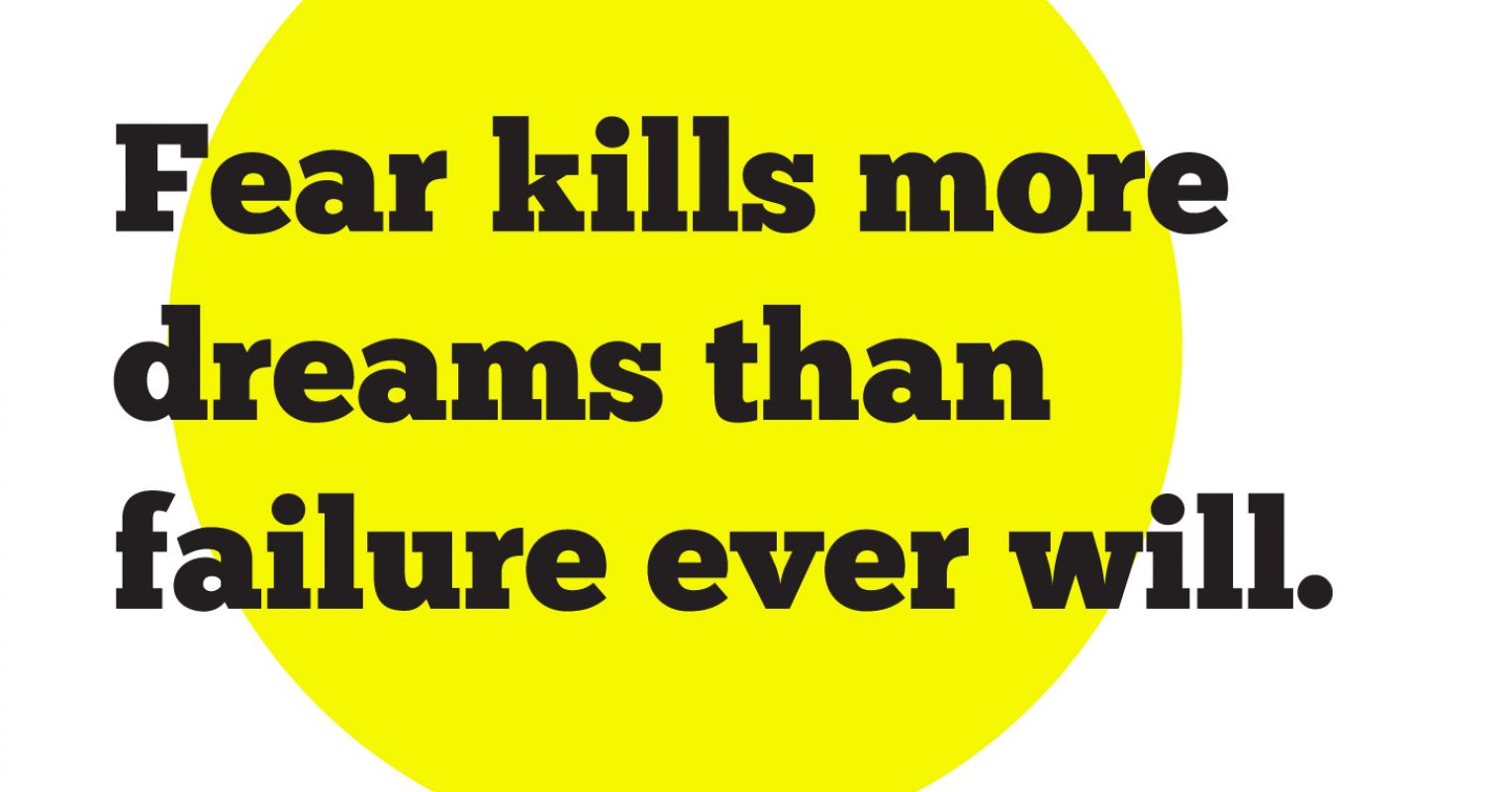 This information from Word for Today really made me think about initiative and taking action.

“Here is what it means to take the initiative:

First Know what you want.

Humourist and pianist Oscar Levant once quipped, ‘Once I make up my mind, I’m full of indecision.’ We smile, but sadly that’s the way many of us operate. The fact is, you can’t be indecisive and be effective at the same time.

There is an old saying ‘you can if you will’. Initiators don’t wait for others to motivate them. They know it’s their responsibility to move themselves forward beyond their comfort zone, and they make it a practice.

President Theodore Roosevelt said, ‘There is nothing brilliant or outstanding in my record, except perhaps this one thing. I do the things I believe ought to be done. And when I make up my mind to do a thing, I act.’

Third, learn from your failures and keep moving forward.

Senator Robert Kennedy said, ‘Only those who dare to fail greatly can ever achieve greatly.’ Are you constantly on the lookout for opportunity, or do you wait for it to come to you?

Are you willing to take a step of faith, or do you endlessly analyse everything?

As former chairman of Chrysler, Lee Iacocca said, ‘Even the correct decision is wrong when it was taken too late.’ When was the last time you initiated something substantial in your life?

If you haven’t moved yourself forward out of your comfort zone lately, you might have to jump-start your initiative.”


The fear of failure


“If we’re honest, most of us are terrified of failing, whether at our jobs, in school or in social circles. We see failure as an undesirable experience that should be avoided at all costs.

We also assume that when we fail at an activity, it means that we have failed as people. But we could choose to look at failure as a valuable learning experience. We should be looking for important lessons when we fail. Failure only stops us if we let it. In fact, it can be a catalyst for significant growth.

Some of the most successful people in the world have experienced significant failures:

Michael Jordan, widely considered to be one of the greatest basketball players of all time, was cut from his high school basketball team because his coach didn’t think he had enough skill.

Warren Buffet, one of the richest and most successful businessmen ever, was rejected by Harvard University.

Richard Branson, owner of the Virgin empire, dropped out of high school.

How would our world look today if these “failures” had given up? What failures do we allow to stop our futures? And is it really failure that we fear?


If we want to succeed, we need to learn to reframe failure.

Many would argue that it is not failure we fear. Rather, we fear the imagined negative consequences that follow the failure. This fear leads to having low self-esteem, avoiding challenging tasks and feeling pessimistic.

There are five main fears that people have when it comes to failure:

Normally, fear is a self-protection mechanism. It leads you to avoid potentially negative situations. However, fear of failure will stop you from trying, create self-doubt, stall your progress, and could lead you to go against your values.

Embracing our fear is not only a sign of courage; it is also an opportunity for us to reach beyond the fear and harness that energy for success.

Many experts recommend visualization as way of overcoming the negative thoughts so often associated with failure. Instead of letting negative self-talk keep you from taking risks, imagine how great life will be after you’ve succeeded. By visualizing yourself as a success, you diffuse your fear of failure.

Also, consider breaking down large, fear-inducing goals into smaller, less intimidating ones. When you reach each small goal, recognize that these are early successes in the grand scheme of the overall project.


Be open to taking risks

Another thing to consider, which may sound counterintuitive, is to be open to taking risks. Honestly ask yourself: what’s the worst that could happen? Even your worst fears probably aren’t that terrible when you actually confront them.

Perhaps most importantly, accept that failure is inevitable. At some point along the way, you will fail. But here’s the critical point: failure is not something to fear. Rather, it is something to learn and grow from.

When we embrace our failures, we learn from them. That knowledge is the key to succeeding further down the line. So, really, the more we fail, the more we will succeed.

Freeing up our minds by releasing the fear gives us license to be creative and bold.
Once you have freed yourself from fear, you can change your perspective. You will be more able to recognize obstacles and take them on with a more successful attitude. This will allow you to grow.

As Eleanor Roosevelt said: “We gain strength and courage and confidence by each experience in which we really stop to look fear in the face … we must do that which we think we cannot.” Facing our fear takes away the influence it has on our minds.”


Thoughts for the week

Well that’s it for this week have a wonderful weekend and feel the fear and do it anyway.

June 19, 2022
Read More »
PrevPreviousBe Careful What You Focus On
Next14 PeaksNext