What is Holding You Back? 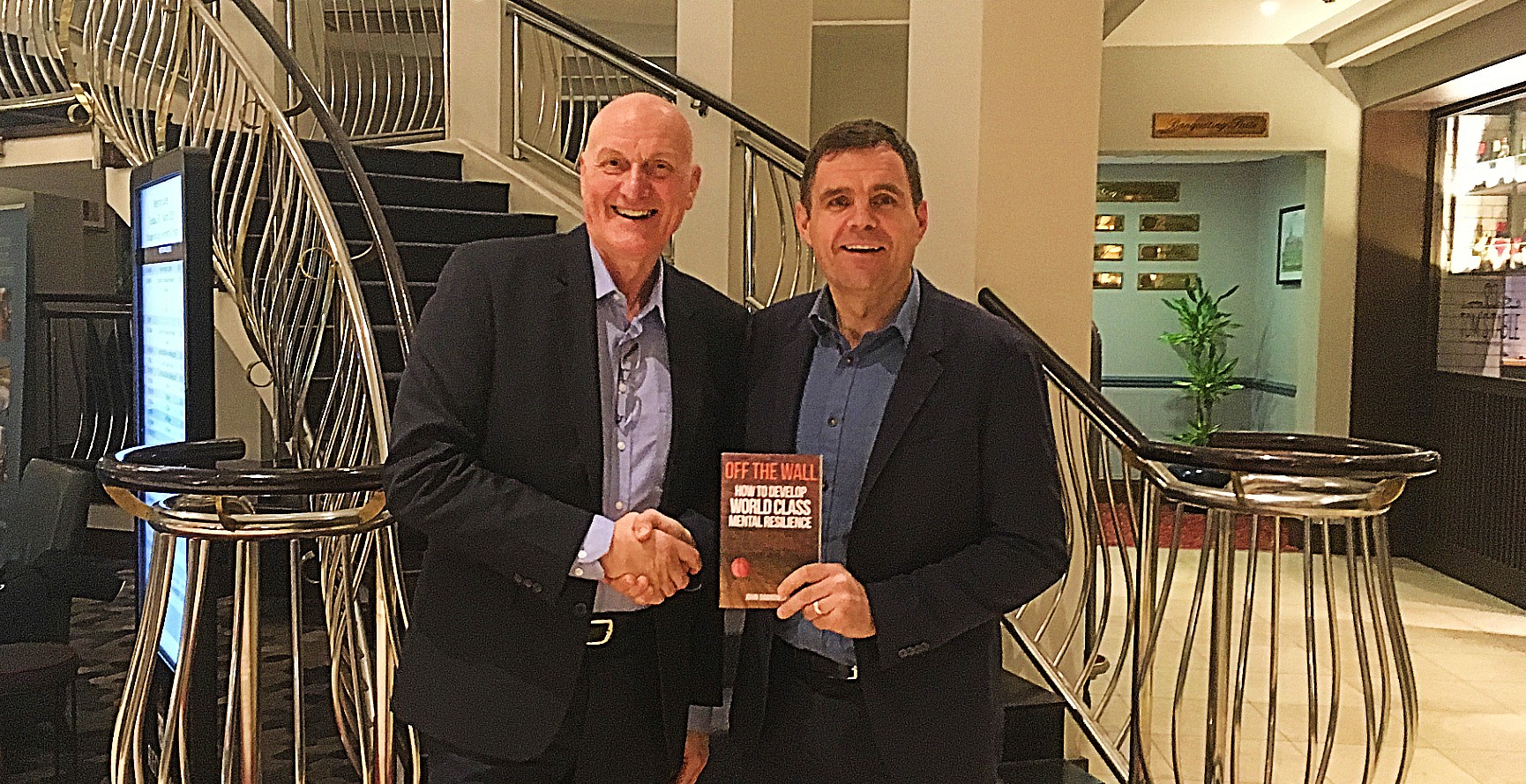 What a wonderful time I’ve had in Dublin this week. Dennis O’Connor the MD of HPC Group a top builder’s merchant in Ireland invited me over to run my Mental Resilience Masterclass for his senior management team.

It was a brilliant day with the team and the feedback was amazing. They all received a certificate and a signed copy of my book from Dennis at the end, and you could tell that they had taken many positives from the day.

What a great trip

The whole trip was like a dream – from enjoying the flight, to spending time with Dennis, to running the Masterclass. I was looked after so well by everyone so thank you Dennis for the fabulous experience. I arrived in Dublin on Sunday and returned to Nottingham on Wednesday.

The following day I was on the train to London to attend the Vistage speaker awards night.
It was a great evening meeting fellow speakers and Chairs of the various groups. I have spoken at a few of these meetings already and hope to speak at many more.

Vistage International is a peer mentoring membership organization for CEOs, business owners and executives of small- to mid-size businesses. Founded in 1957 as The Executive Committee, Vistage has more than 22,000 members in 20 countries.

I came across this interesting story of a man who was born with difficulties, but he had such a strong belief in himself and support from very positive parents, that he became one of the best sales people in America.

An amazing story of Self-Belief

“Bill Porter was an Oregon door-to-door salesman who plied his trade for decades despite having severe cerebral palsy, and whose story inspired an Emmy-winning television film ‘Door to Door’ starring William H. Macy.

Mr. Porter came to wide attention in 1995, when he was the subject of an article in The Oregonian, the Portland newspaper. A profile on the ABC newsmagazine “20/20” soon followed, and Mr. Macy, who saw it, was moved to start work on a biographical screenplay.

He was born with Cerebral Palsy

Bill was born in San Francisco on Sept. 9, 1932, to Ernest and Irene Porter; a birth injury left him with cerebral palsy. When he was a youth, the family settled in Portland, where Ernest Porter sold signs to local businesses.

Encouraged by his mother to pursue a sales career, he applied to the Fuller Brush Company but was turned away. The Watkins company turned him away, too, until Mr. Porter, in his first successful pitch, persuaded them to give him their most inhospitable territory in Portland.

He took the worst territory

He covered it by foot, taking the bus as close as he could get before disembarking to walk his route — eight to 10 miles daily. He had the use of only one hand; in it he carried a briefcase filled with pictures of his products. A traditional sample case would have been too heavy.

Working on commission, he braved all weather and a spate of slammed doors. Little by little, the orders came, for soap and spices and dog biscuits. When the products arrived, his mother delivered them by car; in later years, when she could no longer manage the task, Mr. Porter hired Ms. Brady.

He never missed an opportunity to sell something to someone

Ms. Brady, who had worked for Mr. Porter since 1980, witnessed a sterling example of his sales prowess in the late 1990s. They were trying to fly to a speaking engagement in Canada: lacking a photo ID, Mr. Porter was barred from boarding.

Anxious to make the next flight, they drove to Mr. Porter’s home, unearthed his baptismal certificate and raced to the Department of Motor Vehicles. A helpful clerk, who recognized Mr. Porter from local news coverage, fast-tracked his application for a nondriver ID.

In a matter of minutes, Ms. Brady recalled on Monday, Mr. Porter obtained his ID card and also sold the clerk a large tin of cinnamon.”

A great story of success

What an amazing story of self-belief, commitment, discipline, hard work, and motivation. It demonstrates so well my belief that ‘it’s not what happens to you which counts but how you choose to respond.’

1. What difficulties are you currently facing?
2. Are they holding you back?
3. Have you given up hope on overcoming these?
4. I ask you to look again this week with Bill in mind and see if there is a way to get up and try again.

Well that’s it for this week have a wonderful weekend enjoy the sunshine and stay positive.

June 19, 2022
Read More »
PrevPreviousFailure is a Springboard to Success
NextDo You Have Any Goals?Next