My First Ever Live TV Interview Ready to Watch 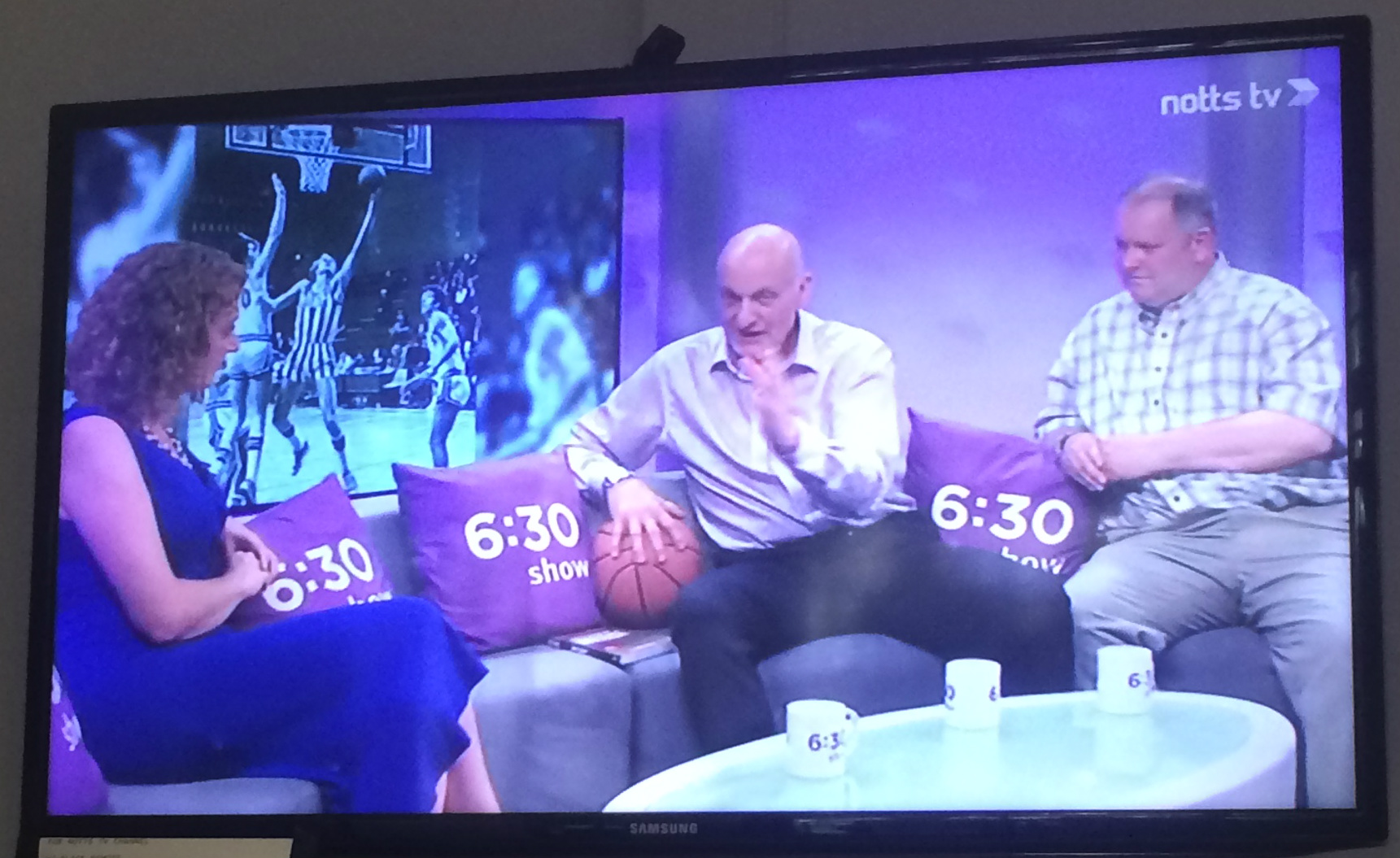 For those of you who read last week’s blog can I just let you know that I am recovering well and a special thank you to all of you who contacted me to see how I was. I will share the details of what happened to me in the next couple of weeks together with the positives which have come from this.

About 4 weeks ago I was invited to be a guest on the 6.30 show on Notts TV. The live 25-minute TV interview on the 8th June is now on the Notts TV website and you can watch it if you would like to see how I did. The link is at the end of this blog but it won’t be up for very long.

A call out of the blue

This call came out of the blue and was a great surprise. I have been trying to get an interview on Notts TV for over two years and it was recently when I decided to stop chasing and to see if they will come to me. Then not long after I received this call.

Sometimes we can push too hard for something and it is when we take the pressure off that we see the results we desire. The way this interview came about is interesting and demonstrates how doing something for no obvious return can in fact result in something good happening. On this occasion I helped someone out by agreeing to speak at an event to about 70 people free of charge.

I have known this person for a few months and we have built up a good relationship, so when he asked I had no problem in saying yes. I simply turned up and delivered the best talk I could give on Mental Resilience. I met a few people at the end and received some very nice positive comments.

It was a few days later when I received the phone call from Notts TV asking if I would be a guest on the 6.30 show. They said that someone who had seen me speak at that event recommended me for the show. I’m not sure what this person’s connection to the TV station is; but what I do know is if I had turned down the offer to speak for nothing I would not have appeared on TV.

Live TV is one of the biggest pressure situations you can experience, as it is live and thousands upon thousands of people are watching you. You don’t have the luxury of re – takes or reading that again – It’s Live! So it was critical that my mindset was right for me to do well.

My immediate reaction was to say yes, as I know that your attitude is key in determining your performance under pressure. I couldn’t be on the show the following week as I was off to Dubai but I agreed a date when I returned from my trip to the UAE. On the day of the interview I turned up with Julie and we waited in reception ready to go in.

A moment of doubt

I have to be honest with you – I wasn’t sure what was going to happen as this was live TV. I have built confidence to speak on stage and a bit of radio, but never before had I spoken live on TV. Because of this I didn’t tell anyone at all apart from my wife Julie, because I didn’t want to be embarrassed if things didn’t go well.

Flashbacks of negative memories from my childhood came flooding back. Me as a 5-year-old being laughed at in school because I couldn’t read a book in English class, and the boy last pick off the wall in PE. Also the 18-year-old who couldn’t introduce Professor Brown to 4 students sat round a table because I was too scared. Yet here I was about the speak live on TV.

The day had arrived

I needed all the techniques of positive inner voice, positive visualisation and keeping all negative thoughts out of my head. I used the techniques I have learned over the past 20 years and maintained a positive attitude. An assistant came to fit me with a microphone and we were led into the studio.

The presenter Frances Finn was sat on the sofa and I was introduced to her with the other guest. We sat down and the music started to introduce the show. I was in this situation and I couldn’t do anything about it except control how I responded to the pressure. This was it – what I had dreamt of for many years was about to come to fruition.

There were three cameras pointing at us and the script was just below each camera lens on a rolling autocue. There were several people in the studio and a couple behind a glass screen. My moment of truth had arrived and I was now going to find out how I would respond to this situation and it was playing out live!

You will have to be the judge of how I performed on the show. I haven’t actually watched the recording myself yet but I will at some stage. At the end of the interview Frances asked me if I could spin the ball on my finger. I told her that I could but I had never done so sat down on a sofa and on live TV. So she said ‘Go on then’……………….so I had a go and the question is did I make it eventually?

There are techniques to help

What fascinates me is 30 years ago I was a nervous wreck standing up in front of people, I would shake, stumble my words, have a sick feeling in my stomach and my heart would be thumping. Over the years I have worked on techniques to improve this and is very exciting to see the potential we all have within us.

Here is the link to the show for you to enjoy:

Tips for the week:

1. What things in your world are you avoiding because they are ‘scary’?
2. It is the act of ‘facing your fears and doing it anyway’ which conquers those very fears
3. You need to have a positive inner voice to perform well under pressure
4. You need to visualise the outcome you want in any pressure situation
5. No matter what negative background situations you have experienced which affect your confidence – you can change!
6. If you believe you can or believe you can’t you are right either way – Henry Ford
7. What you See and what you Say is what you Get – John Dabrowski
8. Take courage and step out to do something scary this coming week
Well that’s it for this week, have a really great weekend and stay positive.