The Mindset Difference Between England and Wales 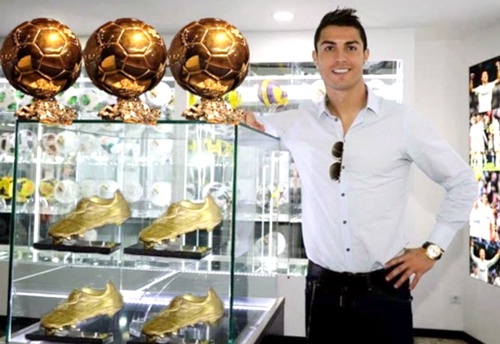 Last month on June the 24th I was reading a newspaper and England were getting ready to play Iceland, and Wales were preparing for Northern Ireland. The games were ones which both teams should have won and perhaps England had the easier match. Checking FIFA world rankings England are 11 and Iceland are 34. Whereas Wales are 26 and Northern Ireland are 25.

As you can see on paper England should have won comfortably and Wales should have struggled to win. But neither of those things happened and I believe it was the mindset which determined the eventual outcome. I noticed in this newspaper article two things which stood out to me. One was an interview with Wayne Rooney and the other was with Gareth Bale.

Rooney’s interview focussed on his determination to do well in the competition and all credit to him for that. But there was one part of the article which made me sit up and take notice and it read as follows: “FA chairman Greg Dyke said boss Roy Hodgson could earn a new contract with a decent quarter final display – even if England lose. But Rooney was in no mood to settle for gallant failure – even though Hodgson himself would not set a target for success in France.”

This comment said everything you need to know about why England yet again failed to fulfil their potential. As a great motivation speak Zig Ziglar once said “how can you hit a target you don’t have.” If Hodgson was not confident enough to step out and aim for a quarter or semi-final target, then what does that say to the players?

They needed a leader who believed in them and himself and put his neck on the block with total belief in the possibility of doing well. Compare this to Gareth Bale who has such great belief that he sets big and stretching goals, and we saw how far they progressed against all the odds.

In this same newspaper Gareth described what the team did to prepare for Russia. “Gareth revealed that Wales had been inspired by the class of 58 in a bid for Euro glory. The Dragons squad got ready for their crucial clash with Russia by watching a new documentary about the nation’s most famous team. It was 58 years ago this week that the Wales team reached the quarter finals of the World Cup. After watching the film Wales went out and breezed past Russia 3-0.”

What a difference in attitude and mindset – one team looked at past glories and believed they could do the same, the other team refused to set a target. Wales then went on to beat Northern Ireland to reach the quarter finals where they beat Belgium who are ranked number 2 in the world!!

It’s amazing what a positive mindset can do combined with a great belief in yourself. One footnote regarding this is that Gareth Bale cancelled everything until after the finals because he believed they had a chance to get to the final – Wow! Many of the Wales players didn’t and had all sorts of trouble rearranging things.

Christiano Ronaldo – one of the best

Another great player who you either love or hate is Christiano Ronaldo who is regarded by some as the greatest player in the world together with Lionel Messi. These two stand head and shoulders above the rest of the players because of their unbelievable positive mindset and total belief in themselves. I find his ego tough to handle but it appears to work for him.

It is no surprise to me that Ronaldo has led Portugal into the final of the Euros. He is the only player in history to score in four Euro finals and is currently level with Michelle Platini on 9 goals scored in Euros. I remember watching a documentary about Ronaldo on my recent flight to Dubai and I was fascinated by the remarkable belief he had in himself.

A trophy room to motivate himself

He has an amazing house and the usual fleet of cars. But what intrigued me was his trophy room. He has a massive trophy room which contains every award he has won and every ball where he has scored a hat trick. Every item is in a glass case and lit up. He takes great care and great pleasure in displaying these and they motivate him to achieve more.

He drinks very healthy super foods blended together and looks after his body. He works extremely hard and is never satisfied with second best. This mindset has taken him and his team Portugal to the final of Euro 16 and we will see tomorrow whether he and his team are good enough to beat France. Whether they do or not they have still over achieved and can be very proud of their achievements.

My personal quote seems to work where Hodgson, Bale and Ronaldo are concerned ‘What you See and what you Say is what you Get.’

1. Are you prepared to set targets for things you want to achieve?
2. There is much evidence that those who set targets and work towards them, achieve much, much more than those who don’t
3. Think about your life, both personal and work life, and see where you can set some targets.
4. I have done this over the past 3 years and the progress I have made has been remarkable.
5. Targets need to be specific, measurable, achievable but stretching, realistic and have a date when they should be achieved.

Well that’s it for this week and I look forward to sharing with you next week.

Have a really good weekend and stay positive.

November 12, 2022
Read More »
PrevPreviousMy First Ever Live TV Interview Ready to Watch
NextI had to be cut out of my carNext